Showing posts from May, 2013
Show all

How a Child is Brought-Up, It really does matter...!!! 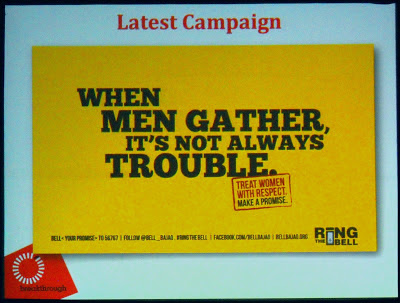 Indiblogger and BreakThrough organized a Blogger's meet in Bangalore on 28th April, 2013. Initially I thought its going to end up like any normal blogger's meet. I'm calling other meets as normal because this meet made them look normal in front of them. The moto of the meet was to "Ring The Bell" to spread awareness to treat women with respect.

It started at around 11:30 am and ended up at 2 pm. It started as it was supposed to. Issues were raised one by one(some by organizers and some by bloggers who attended the meet) and then everyone started putting up their views on it. Frankly Speaking, I thought that if not a regular meet then either it might turn up a boring one or it might lead to some heated discussions. But nothing such happened.
Although the event was focused at "Treat Women With Respect" but I would like to deviate from the topic a little bit. Its not that I don't care about the respect of any woman in the society. I do care and I'm a…
22 comments
Read more
More posts