My Mom and My Marriage Preparations...!!!

Mom: We went to market today.

Me: Great, what did you get?

Mom: We saw some beautiful double-bed Kashmiri style blankets, and we bought couple of them.

Me: Good. Anyways its winter in north, start using it.

Mom: No-No, few are for you and few we'll give to your sister when we'll visit them, we'll give it to them.
.
(I knew where this conversation is heading towards)
.
Me: Fine for my sister, but I live in hostel and anyways in Bangalore winters are nothing. I don't need it.

Mom: Haan I know. But when you'll get married, you might need it.

Something like this happened last week and similar conversation somehow happens at least once a month and I laugh whenever I think of any such talks later because we both(me and my parents) know that its a long way, but still they keep on bringing such topics at regular intervals and I keep on avoiding such topics every other time...!!!


Actually since the time I've shifted to Bangalore, although I don't like talking on the phone too much, but still I've to make at least one call per day, not to any girlfriend (I don't have any) , but to my parents. (Maybe that is one of the main reasons why I don't end up talking to many girls for long time, because most of the time I just listen and give objective answers which frustrates everyone... :P )

So, considering I talk to them everyday, I somehow get updated of each and every thing that is happening at my home because the talking is done from mostly on the other side of the receiver, as I told I'm more of a listening type.

Last week I got similar news from my parents, "AGAIN"...!!! What news...??? Start reading the post from the beginning.

I remember when my sister started her PhD (yes, don't get scared, its PhD), after one year of her joining my parents started thinking for something related to her marriage.

Although I've started my internship in a company and will soon be working, but officially I'm still a student. Luckily and fortunately they know my plans for the future and they know that I won't get into all this in any case in the near future at least for 4-5 years or so(considering plans as of now, who knows about the future...???) and they also won't force me that I know for sure. But one thing for all parents I'd like to say:

"I agree that its every parents dream to see their kids getting married, but why do they haunt their kids after few regular intervals with such news which reminds them of their crucifixion starting from many years before the execution...???"

Indian mom's and there plans for marriage. This is a serious issue. Being an Indian, I understand what they think like, but right now I'm just a student, 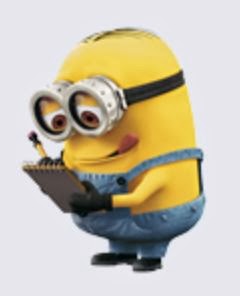 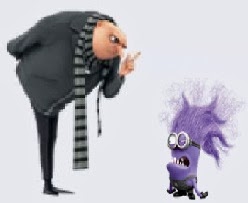 According to a famous old saying,

But, I think, I should make it clear that I'm not much of a sweet eating person... :P

PS: Many such incidents keep happening, I better shouldn't discuss all of them and I guess its time that I should declare it publicly to my parents so that they should stop scaring me at regular intervals...!!! :P

PPS: Just hope they don't get to see this post.

The first time I saw her,
I felt attracted.
Somethings were off about her,
But from her, only perfection got refracted.

She was lying down on a beach,
In a one-piece that was colored peach.
The sky was lit in a white-chocolaty shade,
Romantic you may say, but my desire to get her was like a sharpened blade.

Few patches of dark clouds here and there,
Every passing by hour of sky had showed it's own glare.
Waxy yellows, cloud spat blues,
My attention got stuck on her like with a glue.

Her body,
I must say it was perfectly gaudy.
Erupted inside me, a desire to get her;
To touch her and lay my hands upon her.

I wanted to carry her in my arms,
Embrace her with a body so warm.
I promised myself, when her time will come, she won't feel a thing,
I'll take her as she is my girl; on her 3rd finger will be my ring.

But I couldn't resist, as she lay against the sea,
Her time was up, when I took her soul mid-way during tea.
Suddenly she lost the charm,
Her …
Read more