Nothing was ever Ordinary...!!! 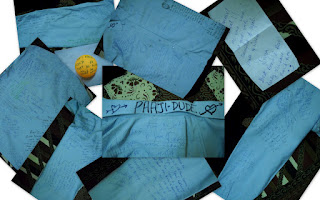 scribbling, it
wasn't as simple as
it appeared
***
how ordinary
it felt; separated, how
priceless it became

PS: 1st one was the day before farewell, when we scribbled on each other's shirts...
PS: 2nd one was a realization about the truth that when something is taken away from us, then only we realize its importance... :)

PS: after seeing the Haiku's...Some of you might be thinking that I haven't recovered from the "farewell" thing...but I guess I've recovered... :P :P :P