November 21, 2011
I know that this is my second consecutive post giving reviews to any book. Obviously "Gone With The Wind" was on different theme, but this one surely deserved an appreciation for the author, Mr. Navin Gulia, Ex-army officer, who got injured in an accident during the completion of his training at academy, and but now he has reached that point of his life where many of us would never think of reaching, if we're given the same situations to face. 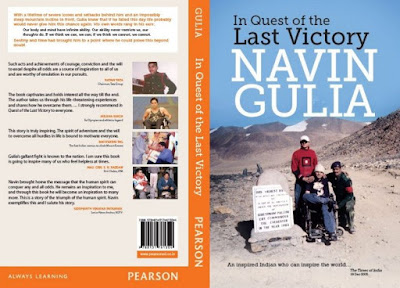 
Since the accident he has been on wheel-chair, but never appeared to be on it if we look at his achievements. He has achieved so many things which we, especially those who say they are completely fit, might not be able to achieve. No doubt he's far more mentally fit than any of us...BTW don't ever dare to doubt his physical fitness as he's survived some of the expeditions which we won't even plan to attempt. 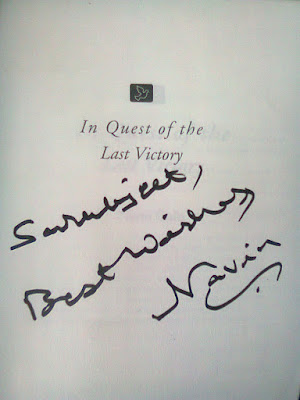 Well, that's something very special, only few people get that...!!!

PS: Give it a try, you'll surely gain some confidence about facing challenges in life...