He is no less than Einstein and Newton...!!!

January 08, 2012
Science without religion is lame, religion without science is blind.
-- Albert Einstein

I don't know about others, but science, especially physics, has always been my favorite subjects, as we always had a logical explanation for anything and everything. And if we didn't have any explanation already, then we can logically figure it out...We don't have to accept the facts, we can understand them...well, thanks to physics... :)

Anyways, there were many great personalities, like Einstein and Newton, whose contributions and researches are still contributing to the science and will always be the part of basics which we learned at our schools...

Here's a priceless group photo of some of them, the only one I could find out...All of them together... 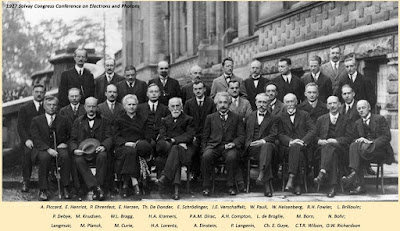 However, they were amongst those who started the trend, but what about those who continued it...???

He's the Modern Era's Father of Cosmology and Theoretical Physics...STEPHEN HAWKING...I don't know how many of you remember it, but today he has completed 70 years of his life. 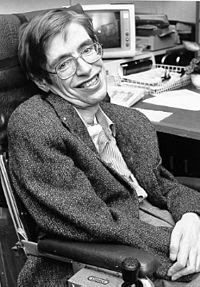 I don't think that he's less than any of the personalities mentioned above. Don't forget that he is on wheelchair for many years now, suffering from some motor neurone disease due to which people usually die within 2-3 years, but he has survived for 49 years and only given a selfless contribution to the science...GOD bless him...

PS: Science has always been a religion for many, and will always be...